It's all about friendliness, openness and beauty

Whoa, quite a lot of time has passed since I’ve published the latest platform update! It happened for a reason — I was quite busy with several exciting marketing-related things and was working on one big feature that will be released later in December.

But you’ve probably noticed a bunch of changes, so this blog post is a summary of what has been done in November.

That‘s for sure one of the features you‘ve been asking for.

Since now Telescope allows you to see not only stats for specific stories but also know how many people visit your blog index. Pro users can also see several details about the distribution of users across countries, but the basic information is available for everybody.

Unfortunately, statistics for blogs started counting page views only since the end of November — so don’t expect to see any crazily high numbers there.

Well, this feature is still in closed beta, but it will become available for everybody in the next few days. In short words — you will be able to see who your subscribers are and where they come from.

This feature is one of the most important and long-awaited contributions to the essential idea behind Telescope — your blog’s data should belong to you, not to the platform.

The old page to manage the subscriptions was quite bad and poorly designed — it was messy and full of unnecessary details. Just look at how nicer the new one is! 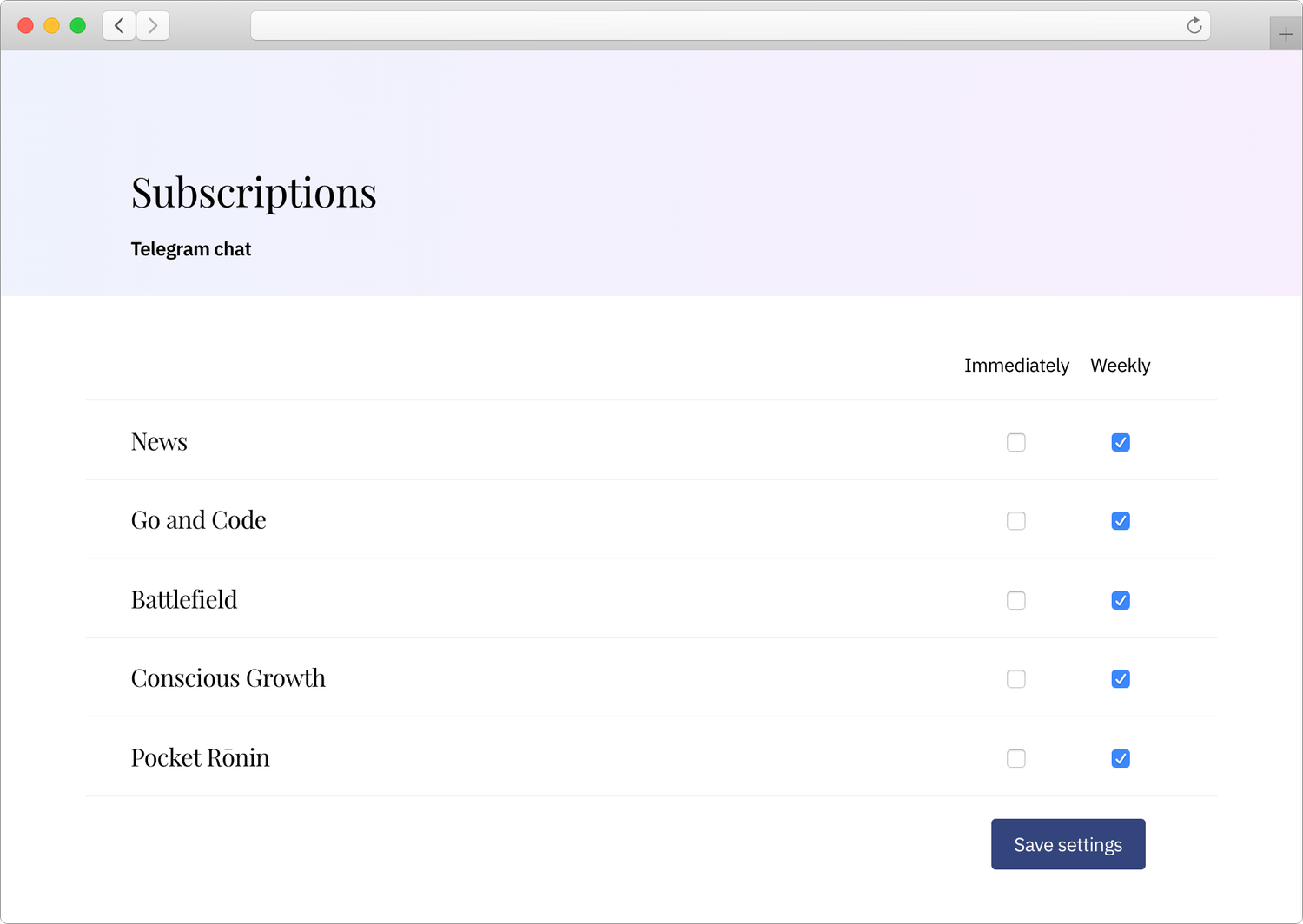 ... and it’s not only limited to subscriptions!

Since now, Telescope also includes simpler and more beautiful story pages — for example, I got rid of the footer nobody liked and tweaked the styles. Editor pages have been improved, too — just try to create a new blog, and you’ll see how much better everything has become.

The process of simplification is not over yet — expect more improvements and several more cool and minimal themes for your blogs and stories!

I think that’s one of the most important ideas behind all of the recent updates — I want Telescope to be more beautiful, friendlier, and perfect in every aspect. I know it’s hard to say that it’s perfect now — especially when it comes to the editor and text manipulation in general.

But it’s something that’s in progress right now — which means some bugfixes and improvements to the editor will become available in the next week or so.

The next priorities are the following — more editor shortcuts (I know it’s far from being perfect yet), more improvements to the Telescope Editor (I know some of the things like ”Undo” feature don’t work well now), more updates to Topics, and import from Medium.

And yes, I’m going to finally start a huge marketing campain immediately after I finish working on this fixes and improvements.

Not ready to switch to Telescope yet? Subscribe to our news and wait for some amazing updates in the next weeks!